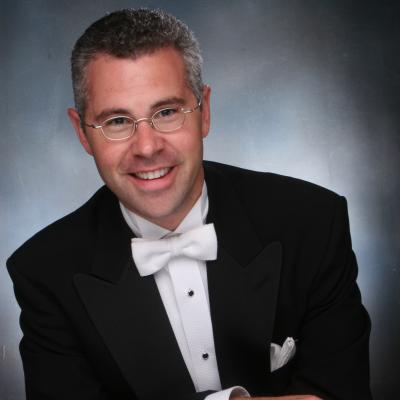 Daniel Bara is the John D. Boyd UGA Foundation Professor of Choral Music and the Director of Choral Activities and Professor of Music at the Hugh Hodgson School of Music at the University of Georgia where oversees seven university choral ensembles as well as the graduate choral conducting program. His university choirs have performed by juried invitation for state, regional, and national conventions of ACDA, MENC, and IMC. In spring of 2014 The UGA Hodgson Singers won the Grand Prix at the International Choral Competition Ave Verum in Baden, Austria and performed at the ACDA Southern Division Convention in Jacksonville, FL. His former MM and DMA conducting students now hold collegiate conducting appointments at Susquehanna University, New England Conservatory, Miami University of Ohio, University of Idaho, William Jewell College, as well as heads of church and school choral music programs throughout the country.

Prior to his appointment at UGA, Dr. Bara was the Director of Choral Activities at East Carolina University, where he received the UNC Board of Governors Distinguished Professor for Teaching Award and the Robert L. Jones Award for Outstanding Teaching, and released two internationally distributed choral recordings, Greater Love (2007) and Eternal Light (2010) with Gothic Records. In 2001was a winner of the Walter Hagen Conducting Prize given at the Eastman School of Music, and the ACDA National Student Conducting Competition (Graduate Division) awarded at the National Convention in San Antonio, TX.

Dr. Bara is a past-president of NC-ACDA, has held the Artistic Directorship of the New York State Summer School of the Arts – School of Choral Studies (2007-2009), and has served as conductor of the World Youth Honor Choir at Interlochen Arts Camp (2004-2006). He is in regular demand as a guest conductor and clinician, having conducted all-state and honor choirs in 17 states and Carnegie Hall, and has served as clinician for conferences sponsored by ACDA, AGO, and other school and church musical organizations.

Dr. Bara holds the DMA degree in conducting from the Eastman School of Music, organ and conducting degrees from the University of Michigan, and is a graduate of Interlochen Arts Academy. He is the Repertoire and Standards Chair for Youth and Student Activities for the Southern Division Chapter of ACDA and has served on conference planning committees for the 2012 and 2016 Southern Division conferences. At UGA, Dr. Bara conducts the UGA Hodgson Singers, the University Chorus, and oversees the graduate conducting student recital choir, The Repertory Singers.