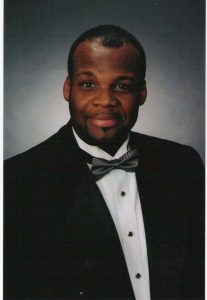 Known for his innovative pedagogy and ability to inspire singers of all ages, G. Phillip Shoultz, III, enjoys a multifaceted career as conductor, educator, singer, and speaker. Phillip is the Associate Conductor of VocalEssence where he shares the podium with founding artistic director, and mentor, Philip Brunelle and serves as the artistic leader for education programs including WITNESS, ¡Cantaré! and the Carnegie Hall Lullaby Project. In addition to his work with VocalEssence, he serves as Director of Music, Worship, and the Arts for Good Samaritan United Methodist Church and frequently appears as throughout the U.S. as a guest clinician, adjudicator and consultant.

The winner of the 2015 American Choral Directors Association Graduate Student Conducting Competition, Phillip appeared as a Conducting Fellow with the Oregon Bach Festival, Chorus America, Choral Music Experience Institute and several other summer programs. He has prepared choirs for performances in Canada, England, Finland, France, Estonia, Russia, and Germany, where most recently, he worked alongside his doctoral mentor, Kathy Saltzman Romey, to prepare the Weimar Bach Cantata Academy Choir for six performances under the baton of Helmut Rilling.

Phillip completed his doctoral studies in conducting at the University of Minnesota (D.M.A.) and also earned degrees with High Honors from the University of Georgia (B.A. and B.M.) and Georgia State University (M.M.). During his time in Atlanta, he served as Artistic Director to an adult community choir (Gwinnett Choral Guild) and a youth organization (Atlanta Institute for Musicianship and Singing), founding director of the Georgia Young Men’s Ensemble, a part of the Grammy Award–winning Gwinnett Young Singers, and the Assistant Director for the professional chamber choir, Coro Vocati.  His work in public schools garnered school- and county-level Teacher of the Year honors on three separate occasions by different organizations.

Phillip enjoys biking, boxing, and all things related to sports and food. A proud member of the VoiceCare Network, Phillip believes every person can experience great joy through singing and passionately encourages exploration of body, mind, and voice through corporate singing experiences. Phillip lives in St. Louis Park, Minnesota with his wife, Michelle, and their three- year old son, Malachi.