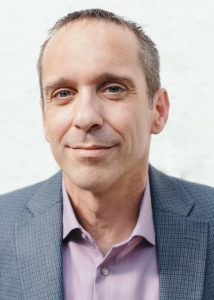 Kenney Potter is the Director of Choral Activities at Wingate University and serves as the Director of Choruses of the Charlotte Symphony Orchestra. At Wingate, he oversees a program that is recognized for its artistic excellence. His choirs have received wide-spread acclaim includin gwinning the Grand Prix for best choir in the Pärnu International Choral Festival in Pärnu, Estonia.
This past year, he conducted Handel’s Messiah with the Charlotte Symphony Orchestra and Chorus and collaborated with the North Carolina Baroque Orchestra in performances of the Mass in B minor and St. John Passion by J. S. Bach. As a performer, he has been a featured soloist in Carnegie Hall, and was choir soloist for the Grammy-winning Oregon Bach Festival choir as well as the International Bach Academy, conducted by Helmuth Rilling.
In addition to his work at Wingate and with the Charlotte Symphony, his is the director of adult
choirs at First Associate Reformed Presbyterian Church in Gastonia, North Carolina. As a
clinician, Dr. Potter has conducted state-wide festival choirs for NAfME and ACDA in Florida,
Georgia, North Carolina, South Carolina, and West Virginia as well as in Nairobi, Kenya and
Johannesburg, South Africa. His compositions are published by Hinshaw Music, Choristers Guild ,and Santa Barbara Music Publishing and he is founder and editor of Wingate University MusicPress, which publishes Folk Songs of South Africa, a series of pedagogical resources that he coauthored with Dalene Hoogenhout, conductor of the Wits Choir of Johannesburg. He holds degrees from Florida State University, Portland State University, and the University of North Carolina at Greensboro resides in Charlotte with his wife, Heather, and their children, Syl and Calvin.